I’ve got to hand it to Canadian telco Telus, who tell it like it is on their web page:

(Click here to see the page, and scroll down to the “Why do I need a credit check?” section to see it for yourself.)

I like their forthrightness. My only complaint with their explanation is that “deadbeat” is one word, not two.

I love watching Mad Men, and I love this e-card. Send one to a friend, if you like.

I’ve been spending summer playing a couple of Xbox 360 games situated in dark nightmare worlds. One is Microsoft Studios’ and Remedy’s Alan Wake, which could be described as an homage to Stephen King (so much so that they name-drop him in the opening credits); the other is Limbo, an Xbox Live Arcade game:

Calling Limbo a “2-D side-scroller game” does it as much injustice as referring to Red Dead Redemption as “a cowboy third-person shooter”. Limbo is the most gorgeous and haunting side-scroller I’ve ever played.

The world of Limbo is a monochromatic one, shrouded in gloom and fog and nothing but the game itself. The screenshot below shows what the game actually looks like while you’re playing:

No heads-up display, score or distractions of any kind: it’s just you and Limbo’s world. The controls are minimal – you just use the left thumbstick to move, the A button to jump and the B button to perform actions on things (typically push or pull objects). Where Limbo goes deep is gameplay – this game really sucks you in.

You control your character, a young boy who wakes up in a dark forest, with no idea what’s going on. There’s no opening cinematic, no explanatory text, no little pop-up hints, but somehow the game manages to convey a sense of what to do next solely through the way the game reacts to your actions. The developers, Playdead – an indie game dev shop in Copenhagen – did an amazing job in programming Limbo to communicate just through gameplay. 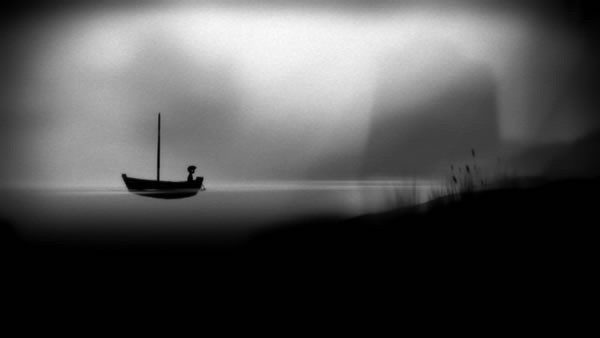 With its black-and-white graphics, smooth animation, minimal sound (you only hear things you need to hear) and the many, many ghoulish ways your character will die as you learn to navigate the game’s many deadly puzzles and traps, Limbo feels like the sort of ghastly-but-addictive game that Edward Gorey might have conjured up, had he decided to take up programming rather than becoming an illustrator.

As of this writing, Limbo has a Metacritic score of 90, placing it just below Super Street Fighter IV and Red Dead Redemption, having earned heaps of praise from all sorts of reviewers, including this one.

Limbo may just be the best Xbox Live Arcade game ever released, and I suspect it’ll be in my “Top 5” for 2010. If you’re looking for a stand-out game for your Xbox 360, Limbo is well worth the 1200 Microsoft Points.

And for those of you who missed it, my accordion rendition of the tune:

This certainly isn’t all that’s going on this week, but this is all the after-work stuff that I’ll be up to…

The folks at the Gladstone Hotel are launching Tweetgasm, a monthly series of Tweetups at the Melody Bar where everyone’s invited to “dance, drink, eat and meet”. The event will be hosted by the following local Twitter personalities:

It’s at the Melody Bar in the Gladstone Hotel, 1214 Queen Street West (just east of Dufferin/Gladstone) on Monday, July 26th and runs from 7:00 p.m. to midnight.

Every now and again, local software development guy with a videocamera Kristan “Krispy” Uccello calls a gathering of Toronto’s programmers for a nice dim sum lunch. That’s the Developer Lunch, and there’s one happening on Tuesday!

It’s at Sky Dragon Restaurant, top floor of the Dragon City Mall, SW corner of Dundas and Spadina, on Tuesday, July 27th and runs from 12:00 noon to about 1:30 p.m..

When I was in Montreal earlier this summer, I took Montreal’s BIXI bike system for a spin and loved it. I also noted that BIXI was coming to Toronto, and it’s happening at last. What better way to mark the event with a party: the BIXI bash? There’ll be free food and entertainment, as well as a chance to take a BIXI bike for a spin (having ridden one myself, I can report that they’re great city bikes). 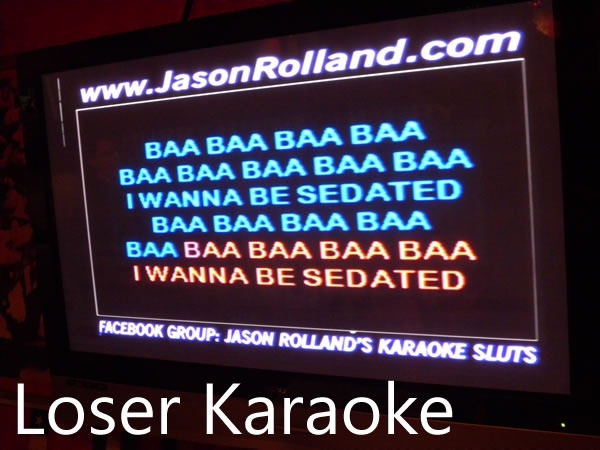 After a little dinner engagement, the Ginger Ninja and I will probably make our way down to Tequila Sunrise to catch the weekly Loser Karaoke event. Loser Karaoke isn’t about being the best singer, it’s about wanting to sing in front of a friendly and appreciative crowd. Loser Karaoke is also a regular gathering of Toronto’s social media and web development crowd, so if you’re looking for work or networking opportunities, you might want to drop by.

It’s at Tequila Sunrise, 212 Adelaide Street West, just west of University), on Thursday, July 29th and runs from about 10:00 p.m. until they close the joint.

The Ginger Ninja and I are spending the long weekend in Boston and parts surrounding, and we want to catch up with our friends in the area! So we’re declaring a gathering at our favourite Harvard Square hangout and inviting whoever wants to catch up with us for a drink, dinner, conversation or impromptu accordion performance. 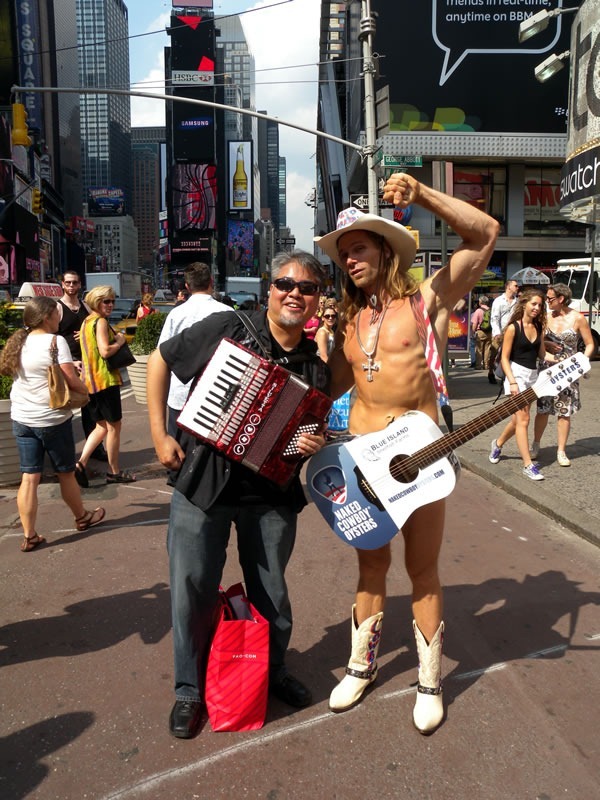 …and I can scratch one item off the “Bucket List”: do a musical number with the Naked Cowboy of Times Square.