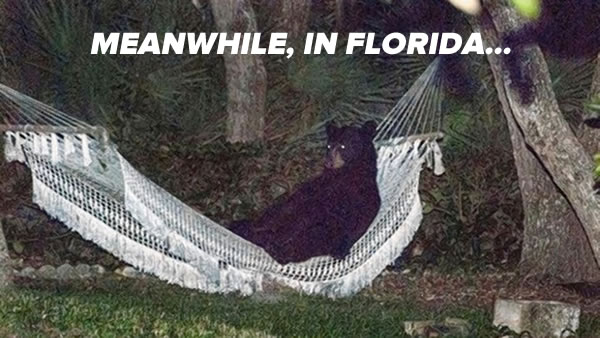 Bears have discovered the joys of hammocks:

He got in the hammock like he was a tourist or something. Then something spooked him and he ran right back there. Then half an hour later I come back and I saw there he is in the hammock again.

Wait, tourists are allowed to walk into random back yards and sleep on people’s hammocks? Awesome.

In the video above, professional A-hole-masquerading-as-journalist Tucker Carlson can barely hold back the tears of admiration as Army Colonel Kurt Schlicter talks about his recent article on Townhall.com, I Checked My Privilege and It’s Doing Just Fine. It’s an excellent example of whitesplaining and complete self-unawareness that opens with a paragraph that’s so slanted, it’s damned near vertical:

Liberals have a new word for what normal people call “success.” They call it “privilege,” as if a happy, prosperous life is the result of some magic process related to where your great-great-great-grandfather came from.

The thesis of his article is summed up in a single line:

“What you call ‘privilege’ is just me being better than you.”

It’s hard work, he says, and not his ethnic background, that put him where he is today. And he’s right: hard work is a key element in success. But whether that success is recognized as such is dependent on more than hard work. 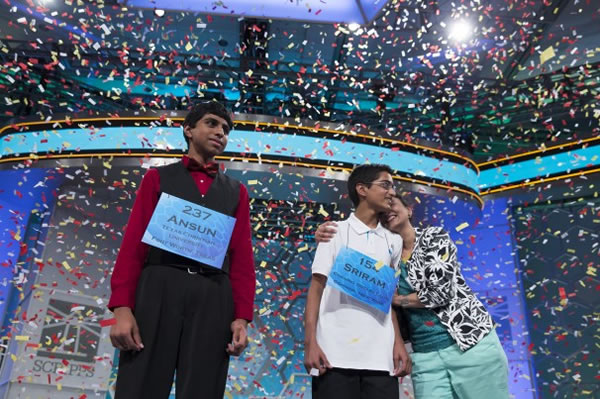 The 2014 edition of the Scripps National Spelling Bee made history for that fact that for the first time in its 52-year history, it ended in a tie between two winners, Sriram Hathwar, 14, of Painted Post, New York and Ansun Sujoe, 13, of Fort Worth, Texas. They’d nearly gone through all of the 25 designated words to spell in the championship round before it was declared a draw.

“It’s about character and achievement,” Colonel Schlicter says in his argument for the non-existence of white privilege, and Sriram and Ansun have both in great quantity. They rose to the top for a pool of 11 million students who participate in school bees, who are then whittled down to 281 competitors from all 50 states, a handful of U.S. territories, and even seven other countries. You can’t even hope to qualify if you don’t have a voracious appetite for reading, and succeeding in the Bee requires a lot of practice, memorization, and learning about other languages so that if you’re given a word that you’ve never seen before, you can ratiocinate its spelling, a Brobdingnagian task given that the English language is a salmagundi (see what I did there?).

To borrow Colonel Schlicter’s line: they won by being better than you. And that’s how you’re supposed to win.

Many people had a problem with their victory, however, and took to social media to express their great displeasure: 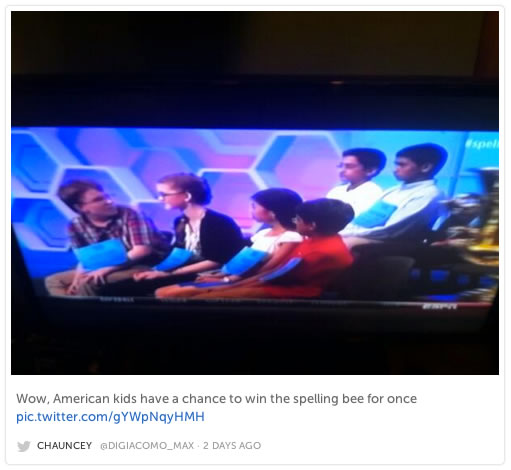 If you really have to see more, Jeff Chu’s done an excellent job rounding up comments like these on a page called A-M-E-R-I-C-A-N.

Lest there be any doubt, these kids are American. The article doesn’t say whether they were born here or not, but even if they weren’t, they’ve likely lived most of their lives in the U.S., go to top American schools, and have assimilated enough into the culture to participate in uniquely American things like spelling bees. They’re great examples of the American dream, where it’s not your background that makes you, but hard work and determination, whether it’s hitting the books, the gym, or the pavement. That simple ideal is the greatest thing about American culture. It’s why most of us come here.

Those complaints are white privilege in action.

The reason that some people don’t believe white privilege exists is that to them, it doesn’t look like privilege. “Nobody’s held a ceremony in my honor, I don’t get bumped to the front of the line at the movies or nightclubs, and I don’t collect a six- or seven-figure paycheck, so I don’t see any privilege here”.

In the case of white privilege, the privilege is in the tiny things that many people take for granted that many of us, at one point or another, are denied. This includes simply having your perfectly by-the-rules, merit-based, did-better-than-everyone-else victory recognized instead of having it trashed on account of your not being white. It’s about never having to have your American-ness doubted or dismissed because you can pass for someone whose ancestors were on the Mayflower. It’s about automatically belonging based on, to quote Colonel Schlicter, “where your great-great-great-grandfather came from”.

It makes me want to file for American citizenship, just to spite those guys.

Yours Truly during my move to Tampa, and yes, I own that jacket.

Poor Curtis “50 Cent” Jackson — they’re going to poke a lot of fun at him for that first pitch he threw at the Mets game on Tuesday, May 27th. On the positive side, Carly Rae Jepsen should feel vindicated now: 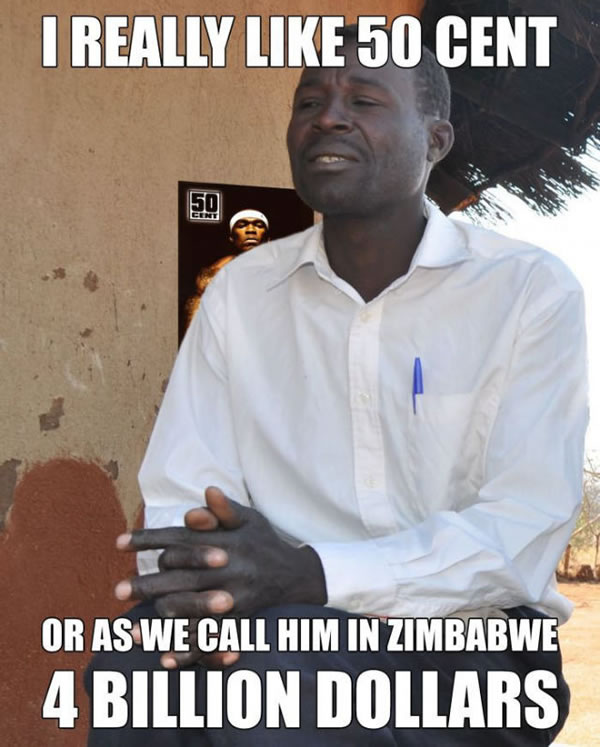 How crazy is hyperinflation in Zimbabwe? This Economist article provides a pretty good overview. 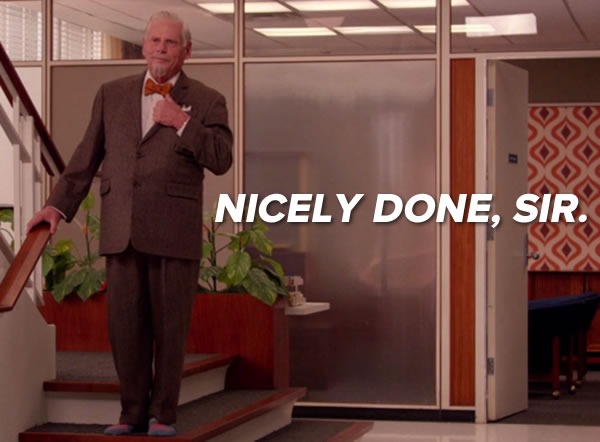 Click the photo to read an interview with Robert Morse, who plays Bert Cooper on Mad Men.

I hadn’t got around to watching the last Mad Men until now, and well, wow. 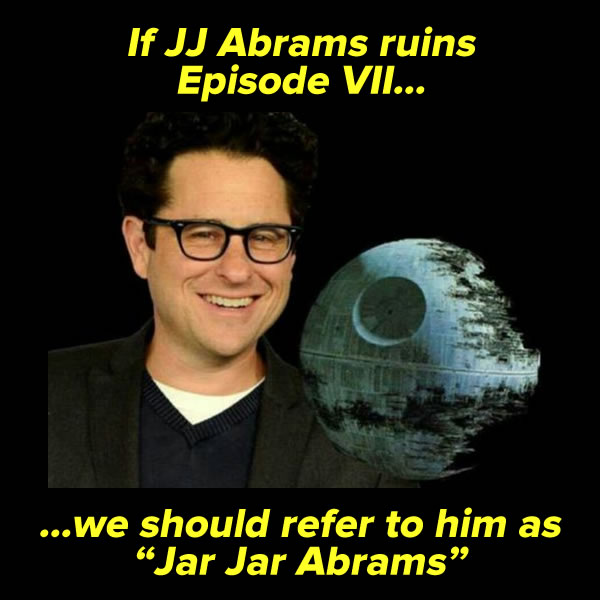 Found here; I just cleaned up the phrasing and typography. 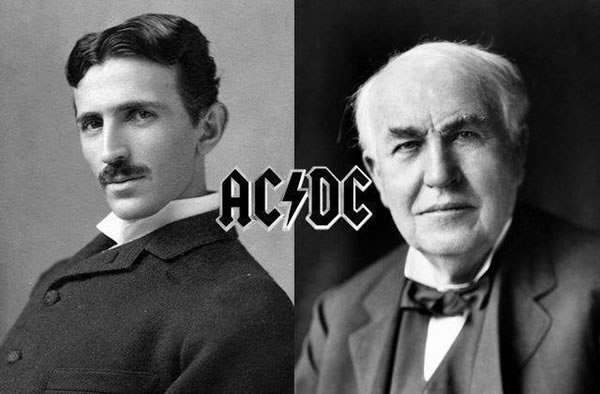 Here’s something that fans of rock and science can wear!

(In case you don’t recognize the faces, that’s Nikola Tesla, promoter of AC power for transmitting electricity, on the left, and Thomas Edison on the right, who would rather we use his DC system. Which did we go with? I’m leaving that as an exercise for the reader.)

The subtitle of Elliot Rodger’s manifesto — The Story of Elliot Rodger — being followed immediately by “by Elliot Rodger” should be your first warning, should you decide to read the 140-or-so pages of the essay left by the misogynist, racist, and narcissist who went on a killing spree in Santa Barbara last week. For him, it was many things: autobiography, confessional, cry for help, polemic, manifesto, and suicide note. For the rest of the world, it’s something that we’re going to discuss, debate, and dissect for a long time.

If you you need a quick summary of My Twisted World, Scott Benson’s 40-second cartoon, But I’m a Nice Guy captures the general gist, despite having been made over a year ago:

Here’s Benson explaining the inspiration behind the video. I’ve added a few links for terms that you might not have heard of:

You see it all over the place online in the form of Men’s Rights Activists (of whom there are a few reasonable non-misogynists), Men Going Their Own Way, Pick Up Artists, and dudes touting the “Red Pill”, because The Matrix is a good movie. Look any of these up if you have the stomach for it. These are extreme examples, but watered-down forms of these ideas are everywhere.

I am a feminist. I think there’s enough ice cream to go around, but it does mean those of us with 3 scoops might have to give one or two up. Also, The Matrix is a fun movie but probably not anything you should be basing a philosophy on.

He had to close the comments section for the video because guys like the one in the comic below — along with far more nastier variants — were playing the Internet Tough Guy role: 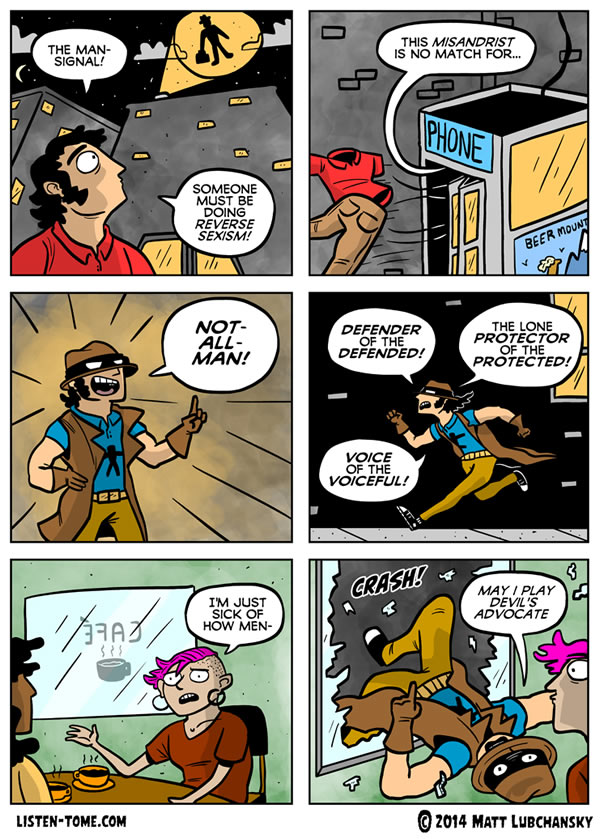 I love that he’s wearing a fedora. It’s a decent hat that got ruined by these guys.
Click the comic to see the source.