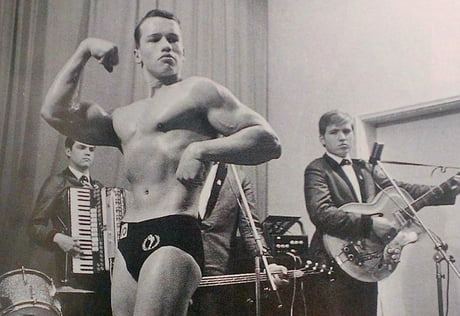 (In case you were wondering who the dude in the lower photo is, that’s R. Kelly.)

Want to know where the bigots are? Read the comments for this video.

If a Muslim drove a pickup truck through the front gate of a church parking lot, rammed a couple of cars and sped off, you’d see the story everywhere, and rightfully so. However, when suspect Shaun Urweiler — pictured below in the typical dead-inside-eyes mug shot — did the same at a Tampa mosque, the story remained largely ignored, and that ain’t rightfully so.

If you do a search for news on the incident, the only non-local coverage you’ll find is in this piece in International Business Times. The rest of the media has pretty much ignored the story.

From the news report:

ABC Action News spoke with the suspect’s brother, Neal Urwiler, over the phone, about the situation.

Neal Urwiler says his brother, Shaun, called him a few hours before  the incident to let him know that he had a dream about Fallujah, Iraq and believes it triggered him. He tells us, his brother is a combat veteran with PTSD and was not taking his medication. He says Shaun Urwiler hit “rock bottom” but his intention wasn’t to hurt anyone.

“I apologize on behalf of my family if anyone was scared,” said Neal Urwiler, “This is not something a sane person would do. He’s not that person and he’s going to get help.”

How not to apologize

Among the “brilliant jerks” who are losing their jobs in Silicon Valley these days is venture capitalist Justin Caldbeck of Binary Capital. That’s because it recently came to light that for years, he’s been sexually harassing women in tech while discussing business and using his power as a connected person with influence and money to gain sexual favors and silence anyone calling him out on his sleazy behavior.

He’s stepping down, and issued a typical abuser’s apology, which went over about as well as this:

It’s a terrible apology for many reasons, the first of which is that it open with it being all about “me, me, MEEEE!!!”:

The past 24 hours have been the darkest of my life. I have made many mistakes over the course of my career, some of which were brought to light this week. To say I’m sorry about my behavior is a categorical understatement. Still, I need to say it: I am so, so sorry.

You can read it here (be prepared to roll your eyes), and make sure you read these two exegeses as well:

Sooner or later, you’ll end up in a situation where you are in the wrong and will have to make some kind of apology. When this happens, you should keep in mind that in building civilization over the past 10,000, we’ve had plenty of time to refine the art of the apology. There’s no shortage of resources out there that cover the topic of saying “I’m sorry.”

Most of these guides say that good apologies follow the same pattern, and Dr. Beth Polin, co-author of The Art of the Apology, has distilled this pattern to 6 components:

As she says in this article, The Apology Critics Who Want to Teach You How to Say You’re Sorry:

“We found that an apology with all six components is much more effective at repairing trust than an apology that includes only one component, or some combination of three of the components. So if you’re apologizing, if you can get all six in there, that’s going to be better than offering one to three.”

Bill Hinton — a vice president at AOTMP, a firm with whom I’ve collaborated with in the past — had a family emergency that let his stepfather unable to travel. He had to talk with two airlines, each one responsible for a leg of the trip. One of the airlines was JetBlue, the other was United. Here’s his summary of what happened:

With JetBlue, the Customer Service Representative with compassion and immediacy provided a full credit for the flight – a fantastic customer experience and clearly positioning for additional business with any future travel plans as well as sharing the story of such great customer service.

With United Airlines, the Customer “disservice” Representative indicated the only thing United could do was charge a cancellation fee or a change fee and when the flight is re-used a ‘re-booking’ fee would be applied. When a Doctor’s note was offered along with escalation to a “Supervisor” nothing changed. So the leg of that flight will go unused as the most economic choice – a horrendous and despicable customer experience which will be considered for all future travel and shared.

Sadly, Bill wasn’t the worst-served customer in recent United history. All these incidents took place after the David Dao “re-accommodation”:

And yet, people will still fly United, even if they don’t want to. One reason is that airline passengers are price-sensitive and convenience-driven, but there’s also that fact that consolidation has reduced the number of major U.S. airlines down to four. Thanks to United’s 2010 merger with Continental, it handles more than half the passengers in Newark and Houston, and one in three fliers from Washington Dulles and San Francisco is boarding a United flight.

When Cher tweeted the top image, she included the text “TRUMP HAS MAMMOTH ASS, AND VISIBLE PANTY LINE.”