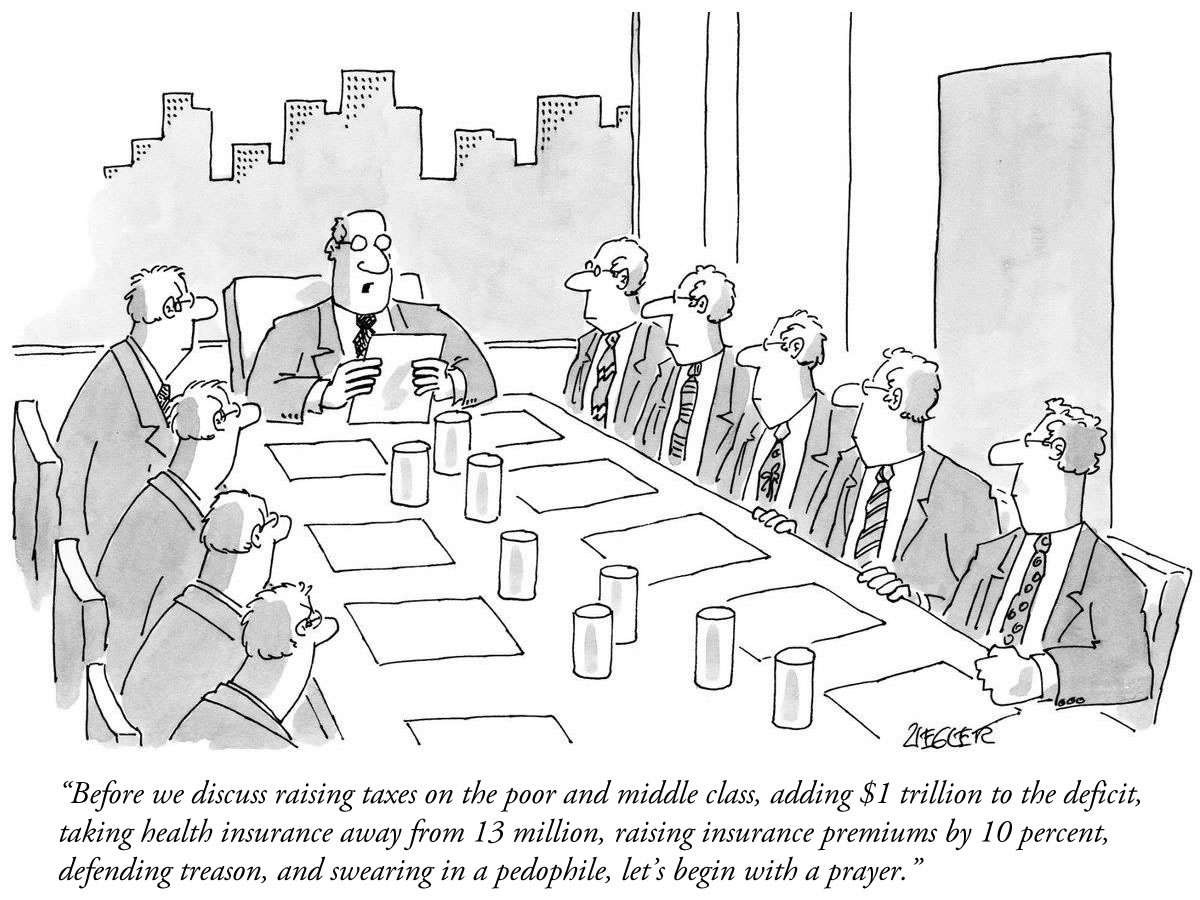 Here’s the caption with some links for context:

“Before we discuss raising taxes on the poor and middle class, adding $1 trillion to the deficit, taking health insurance away from 13 million, raising insurance premiums by 10 percent, defending treason, and swearing in a pedophile, let’s begin with a prayer.”

In case you’re wondering why this editorial cartoon seems familiar, that’s because the caption is a twist on Jack Ziegler’s original version, which he drew in 2004: 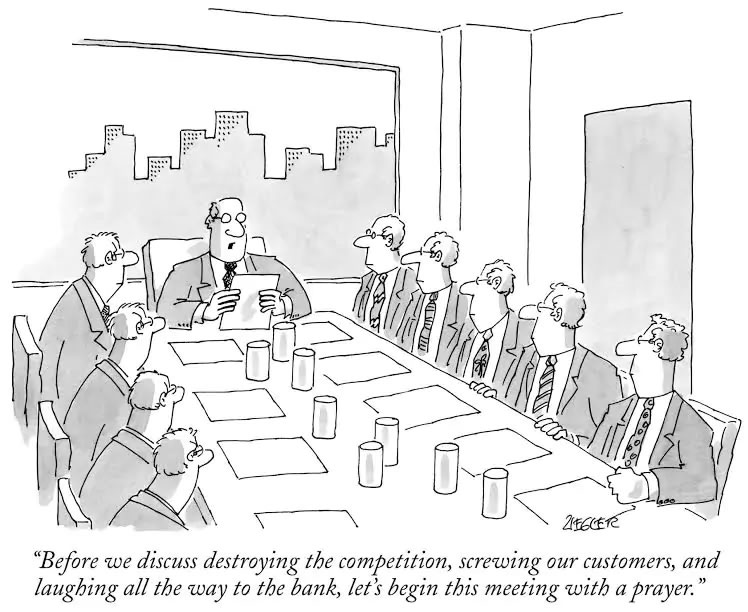