For a guy from a party whose members talk a lot about so-called “Western Civilization”, Florida Rep. Anthony Sabatini (Republican member of the Florida House of Respresentatives, representing Lake County, just west of Orlando) seems happy to talk about it while knowing very little about it.

If Socrates was out philosophizing in American society today, he would be cancelled real quick

His understanding of who Socrates was doesn’t seem to be any deeper that of Bill S. Preston and Theodore “Ted” Logan…

…and it’s quite likely that he doesn’t know that Socrates was, in fact, “cancelled”.

WHAT?! Socrates was cancelled?

Yup, and it was all written up by his student, whose name you should also have heard of: Plato.

If you ever go to the “Met” in New York, you can see what happened to Socrates in Jacques Louis David’s painting, The Death of Socrates, pictured below: 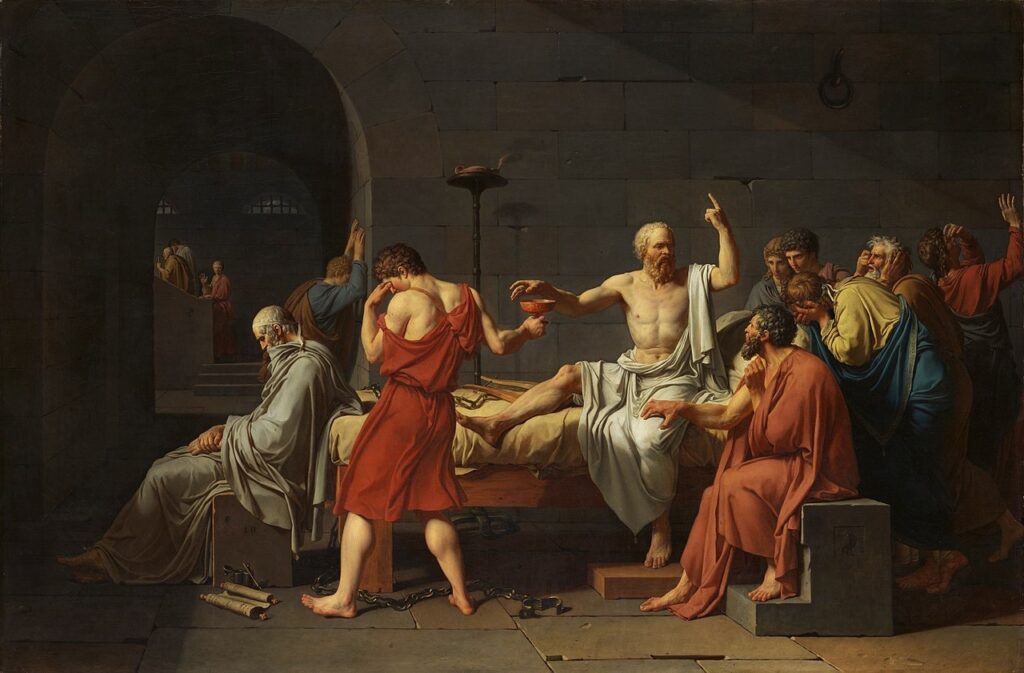 Let me give you the twenty-second version of what happened.

In his philosophizing, Socrates was a social and moral critic of his native Athens (in his time, your allegiance was to a city, not a nation), arguing against the city’s sociopolitical status quo and its “might makes right” ethos.

As a result, he was tried and sentenced to death for the crimes of:

For his sentence, he was made to drink hemlock.

In case you think this is an obscure historical footnote, let me assure you that IT IS NOT. Socrates is pretty much the grandaddy of Western philosophy. His life, and especially his death, are a core part of the Western canon.

In fact, the story of Socrates’ “cancellation” is at least well-known enough for Steve Martin to have turned it into a skit in his 1980 TV special, Comedy is Not Funny (which may seem like a typical Adult Swim routine to today’s audiences, but was mind-blowingly weird back then):

Okay, okay. So an ignorant-pretending-to-be-erudite tweet is the one dumb public thing that Rep. Sabatini did, right?

Also, in his most recent financial disclosure, he claimed a net worth of $-111,000. That’s right: NEGATIVE one hundred and eleven thousand dollars. I suspect some seriously creative accounting: 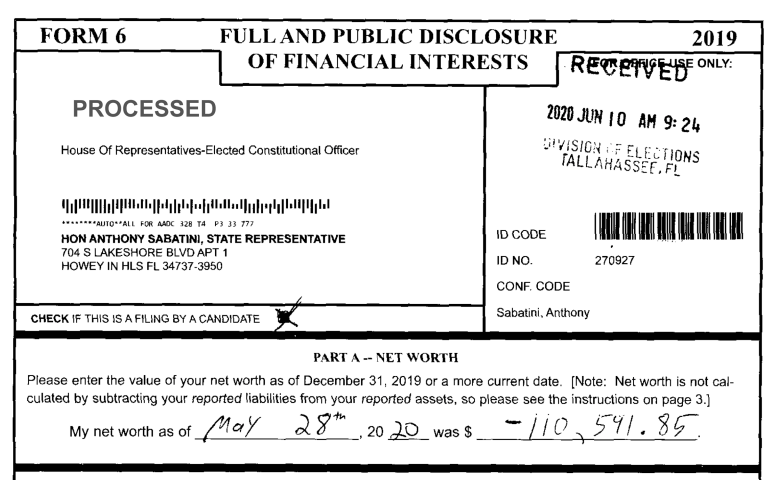