This should be interesting: This Tuesday, June 13th at Amalie Arena, a panel comprising business, civic, and government leaders will join Tampa Bay Lightning owner and general investor-in-Tampa Jeff Vinik for an event called the 1st Annual Tampa Millennial Impact Forum. Aimed at a civic-minded audience, the panel is expect to discuss “discuss all the development going on in Tampa from a variety of perspectives including community, transportation, infrastructure, media, technology, health and wellness, legal, and government.”

If you think I’m going to be there, you’re damned right.

Moderating the event will be Roberto Torres, co-founder of the Blind Tiger Café, Cowork Ybor, and the Black and Denim Apparel Company, and who seems to have some kind of involvement with just about every interesting venture in the Tampa Bay Area, including co-sponsoring this event. I recently spent a couple of days with him at a brainstorming session at the Dali Museum, and I’m hoping to see how we can collaborate on future projects. He’s an inspiring figure, and he’s the perfect guy to cat-herd the panel of speakers who’ll be onstage.

He has this to say about the panel of speakers: “We have carefully curated a panel with an X-factor, meaning they are making an impact in other areas of civic or community engagement outside their 9 to 5 job. We hope to have a serious open conversation about the challenges of both generations — millennials and baby boomers.”

Andrew Machota co-sponsored the event. He’s the founder of New Town Connections, a social club for young professionals who want to broaden their social circle, and make connections with new people. He says that the takeaway for people who attend “should be for them to leave and actually do something proactive in the community. We all love living here, but a lot of millennials have a negative, disengaged stereotype. The goal is to be inspired by a panel of people who have stepped up and are doing phenomenal things.” 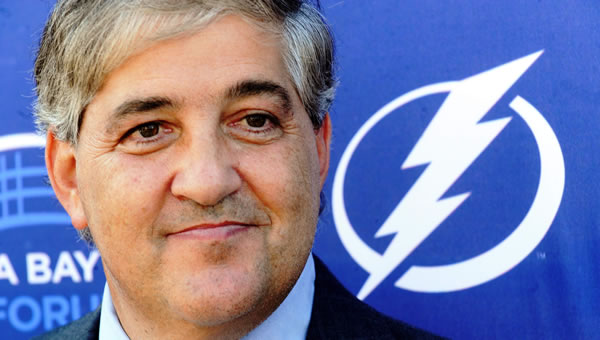 The big name on the panel is Jeff Vinik, who in addition to owning the Tampa Bay Lightning, is remaking Tampa’s Channelside area, a badly underutilized part of town in the Channel district, into a 50-acre mixed-use district with offices, hotels, shops, entertainment venues, residences, and parts of the University of South Florida. The area is being designed in consultation with a wellness company with a mandate to paying close attention to quality-of-life issues such as air quality, smart buildings with lighting systems that match circadian rhythms, bike lanes, water fountains and fruit and vegetable gardens. He’s doing this through his own investment fund, which had been joined by Bill Gates’ Cascade fund.

One interesting topic that may come up is the Tampa Bay area’s inclusion in — and subsequent removal from — Forbes’ Best Cities For Young Professionals 2017 rankings. Forbes says that a data error caused Tampa Bay and 6 other U.S. metro areas to be included in the list erroneously. It turns out that Tampa’s still in the top 100, ranking at #58.

Still, the area has lots of potential, which you can read about in another Forbes piece: Why Have So Many Millennials Become Tampreneurs?

The 1st Annual Millennial Impact Forum will take place at Amalie Arena this Tuesday, June 13, 2017. Doors open at 5:00 p.m. with the keynote by Jeff Vinik and subsequent panel discussion taking place at 6:00 p.m. Tickets are $49 in advance via EventLive.

One reply on “The 1st Annual Tampa Millennial Impact Forum: This Tuesday, June 13 at Amalie Arena”